ACP Announces Winners of the 2022 “Excellence in Publishing Awards”

On June 9, The Association of Catholic Publishers (ACP) announced the winners of the 2022 Excellence in Publishing Awards. According to the Association, for the first time, they have awards for all 16 categories including all three children’s and music categories.

Each category was judged by a three-person panel, which reviewed and evaluated the entries.

Bayard was awarded first place in the Theology category and second place in the Children’s Books: Young Readers: 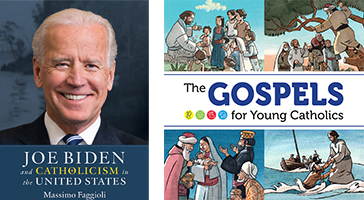 Congratulations to all involved in these publishing successes!

Founded by the Augustinians of the Assumption, Bayard’s unique history goes back nearly 140 years. Since its founding, Bayard has grown to become the largest publisher and distributor of Christian booklets, books, magazines, and religious products worldwide, reaching over 36 million readers and customers.

ABOUT THE ASSOCIATION OF CATHOLIC PUBLISHERS

You can find out more about which cookies we are using or switch them off in settings.

This website uses cookies so that we can provide you with the best user experience possible. Cookie information is stored in your browser and performs functions such as recognising you when you return to our website and helping our team to understand which sections of the website you find most interesting and useful.

Strictly Necessary Cookie should be enabled at all times so that we can save your preferences for cookie settings.

If you disable this cookie, we will not be able to save your preferences. This means that every time you visit this website you will need to enable or disable cookies again.