Never Again! Coming to the Aid of the Jews, Our Older Brothers and Sisters in Faith

Home > The Word is Life  > Never Again! Coming to the Aid of the Jews, Our Older Brothers and Sisters in Faith 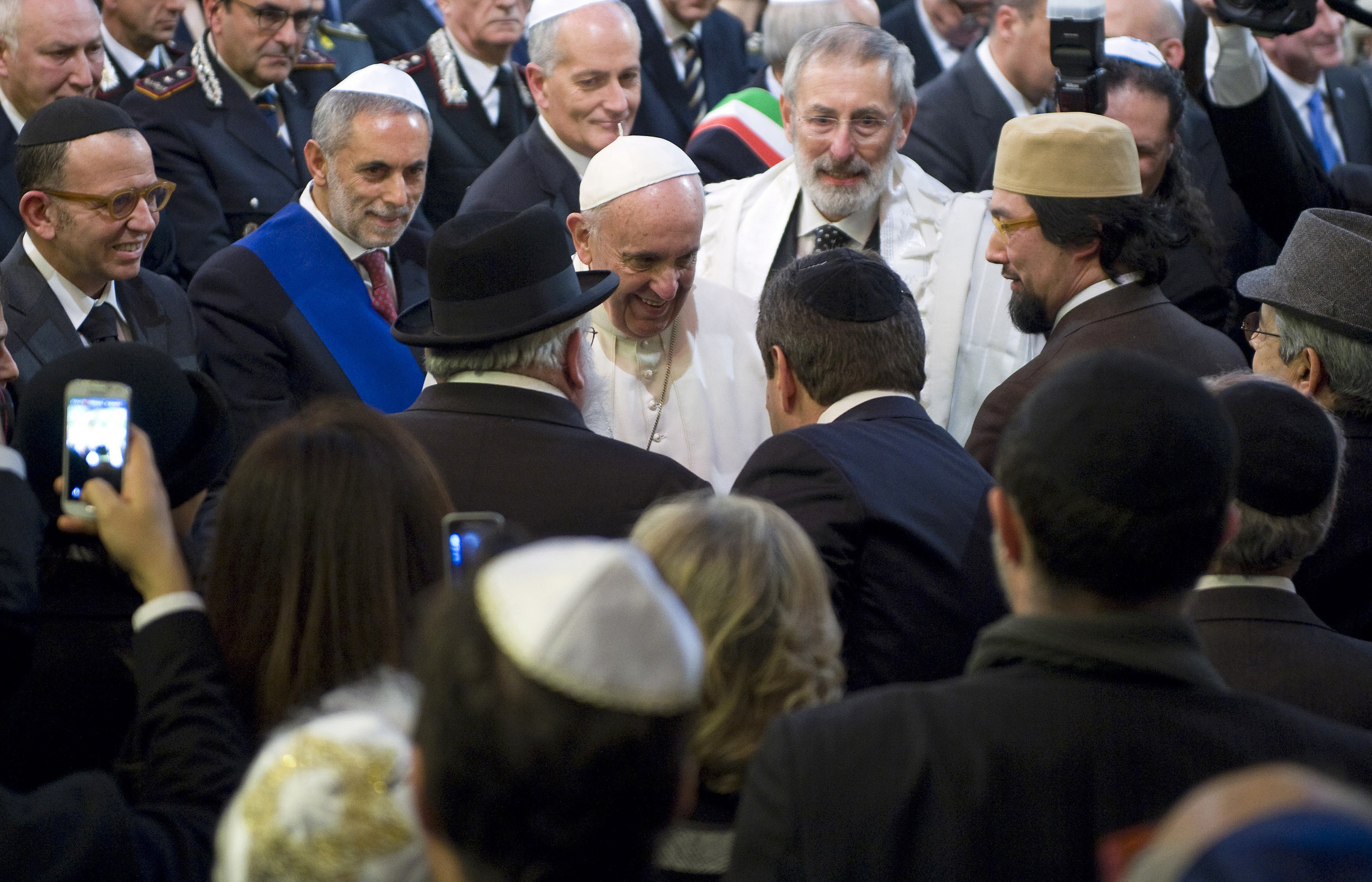 Never Again! Coming to the Aid of the Jews, Our Older Brothers and Sisters in Faith

Here is a link to today’s readings.

Today is also the Jewish festival of Purim, a celebration of a failed plot against the Jews as described in the Biblical book of Esther.

Of all the legacies of Pope St. John Paul II, his role in the continuing work of repairing and healing the relationship between Catholics (and other Christians) and Jews is the most profound. The work began before him, of course, and found its place among the teachings of the bishops at Vatican II in the document Nostra Aetate (1965). Two decades after the horrors of the Holocaust, and mindful of the role Christians played in the anti-Semitism and in the enactment of Hitler’s plans, the bishops forcefully declared, “Indeed, the Church reproves every form of persecution against whomsoever it may be directed. Remembering, then, its common heritage with the Jews… it deplores all hatreds, persecutions, displays of anti-Semitism, levelled at any time or from any source against the Jews” [NA, 4]. The climate in our country right now makes it prime time to revisit this teaching.

CNN reports the following: “In all, 48 JCCs [Jewish Community Centers] in 26 states and one Canadian province received nearly 60 bomb threats during January… Most were made in rapid succession on three days: January 9, 18 and 31. A number of JCCs, including Orlando’s, received multiple threats. On February 20, another wave of bomb threats hit 11 JCCs across the country, bringing the total to 68 incidents targeting 53 JCCs…”  Jewish cemeteries have also been targeted, causing fear and anxiety within the Jewish community. (Muslims have notably been raising money and manpower to assist in the restoration and clean-up. Read about it here and watch a news clip here.)

The U.S. Catholic bishops have spoken out against this wave of anti-Semitism, expressing “deep sympathy, solidarity, and support to our Jewish brothers and sisters who have experienced once again a surge of anti-Semitic actions in the United States.” 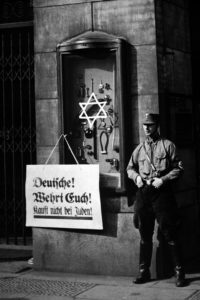 Anti-Semitic boycott Berlin, Germany, April 1, 1933. A Nazi storm trooper stands beside a placard reading, “Germans! Defend yourselves! Do not buy from Jews!” It is posted on the Jewish Tietz store.

The rally cry after the Shoah was and continues to be, “Never again!” These words have proven empty on a number of occasions already since 1945. We have witnessed genocides in Darfur, Rwanda, and Iraq, just to name a few. Genocide against the Jews is unique, though, in that the systematic attempt to eliminate all Jews by the Nazis was the culmination of centuries of anti-Semitism and pogroms. It is not merely a regional, political battle limited to one historical place or period. Jews are right to be vigilant. Their entire history teaches them to be watchful of their lives and liberty. From being enslaved by the Pharaoh in Egypt to being taken captive by the Babylonians and having the First Temple destroyed, to being subjugated by the Romans and having the Second Temple destroyed, to being persecuted by Christians who called them “Christ killers,” to being victims of the Nazi regime… history has not been friendly to the Jews. If we really mean “Never again,” then we must learn from history. It is a very real possibility that anti-Semitism could lead to violence worse than vandalism. We must speak out! We must not be silent in the face of this rise in anti-Semitism.

In our first reading this weekend, we hear the call of Abraham. God says to the first Patriarch, “I will make of you a great nation and I will bless you; I will make your name great, so that you will be a blessing. I will bless those who bless you and curse those who curse you. All the communities of the earth shall find blessing in you.” God’s blessing has never been rescinded. God’s covenant with the Jews will never expire [NA, 4]. “The gifts and calling of God are irrevocable” (Romans 11:29). As Christians, we recognize that Jesus, Mary, the Apostles and the first disciples were all Jews. We recognize that our Old Testament is the Jewish Bible. We recognize that our Eucharist only makes sense in relation to the Jewish Passover. The Jews were and are, in the words of Pope St. John Paul II, “our elder brothers [and sisters] in faith.” 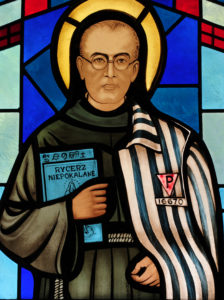 Stained glass window depicting St. Maximilian Kolbe, a Franciscan priest who died in the concentration camp of Auschwitz, Poland, giving his life for the life of another prisoner.

At this moment in time, our brothers and sisters need us once again. In the past, we have failed them. John Paul included this lament among the public confessions he made on behalf of the whole Church as we entered the third millennium: ”We are deeply saddened by the behavior of those who in the course of history have caused these children of yours to suffer, and asking your forgiveness we commit ourselves to genuine brotherhood with the people of the Covenant.” Now, we cannot repeat that same mistake. The signs of the times are clear, and they tell us that our brothers and sisters are threatened once again. Pope Francis has called us to have “‘maximum vigilance’ and early intervention to prevent another Holocaust.” “Never again” starts here and now. We can’t be silent without also being complicit in the anti-Semitism and violence.

St. Pope John Paul II, great friend of the Jews, pray for us! Blessed Bernhard Lichtenberg, who gave your life as a priest to defend the Jews in Berlin, pray for us, that we may have your courage and conviction in speaking out for our brothers and sisters, the Jews. Amen!

You can find out more about which cookies we are using or switch them off in settings.

This website uses cookies so that we can provide you with the best user experience possible. Cookie information is stored in your browser and performs functions such as recognising you when you return to our website and helping our team to understand which sections of the website you find most interesting and useful.

Strictly Necessary Cookie should be enabled at all times so that we can save your preferences for cookie settings.

If you disable this cookie, we will not be able to save your preferences. This means that every time you visit this website you will need to enable or disable cookies again.